“In a song there is a soul that is eternal.”

Ben Buddy Slack watched his grandmother Teresa (my aunt) deteriorate due to Alzheimer’s.

“Towards the end me and my uncle sang her favourite songs to her. She was pretty unresponsive because she had Alzheimer’s – but when we began to sing she kind of lit up and started tapping her fingers.

I’ll always remember how powerful that was. With her Alzheimer’s the music memory seemed to stay longer than anything else. She’d forget lots of things, but you’d start singing an old song to her and she’d remember all the lyrics and knew them straight away.

Then I thought how nice it would be to have a recording of her singing with us, because she’d always loved music – and that made me think I could do this with more people in hospices.”

Thus the seeds of  The Swan Song Project  were sown…

He has worked with Alan Livett who was diagnosed with Motor Neurone Disease in 2012, to create a “Song for Ginny.” Alan’s swansong recounts their meeting and falling in love, the birth of their 3 children in 1989, 1992 and 1997, early morning starts, football and making a home…

The chorus of Alan’s song is “We can do this.” 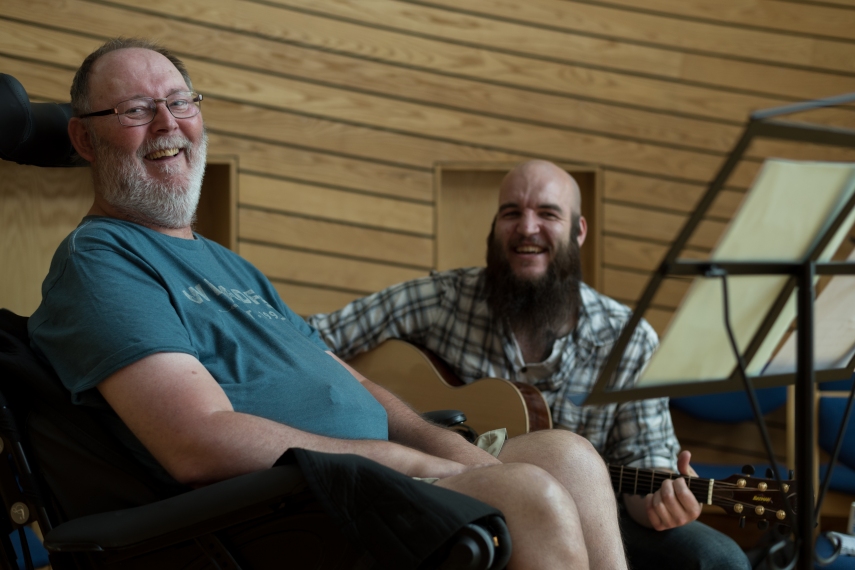 Maureen Baron has incurable breast cancer and her swansong is called “No fears, no worries.” She was featured on BBC Look North on 11th October which you can view HERE

Ben says “Lots of the songs are very emotive, but its all positive. A lot of them are about people’s strengths and kindnesses…”

You can listen to both Alan and Maureen’s swansongs HERE, together with 9 others. I guarantee they will touch your heart.

You can listen to “Hospice Family” performed live at the hospice on 14th October 2017 at https://www.facebook.com/TheSwanSongProject/

I wish Ben and all those who participate in The Swan Song Project continued joy and healing in their musical endeavours.